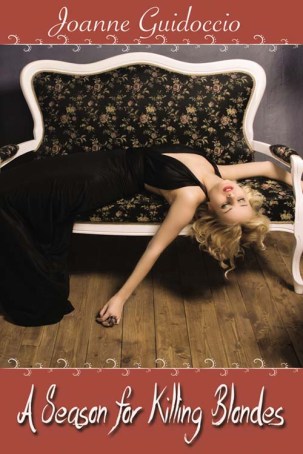 Q: How long have you been writing?

A: During my high school years, I dabbled in poetry and dreamed of writing the great Canadian novel. As graduation approached, I considered more practical career choices and obtained degrees in mathematics and education. Teaching was a good fit, but after thirty-one years, I was ready for a change.

In 2008, I put pen to paper and revisited my writing dream. I watched with delight as my articles and book reviews started appearing in newspapers, magazines, and online. Buoyed by this success, I took on the challenge of writing novels.

Q: Tell us about your road to publication.

A: I had written the first draft of the cozy mystery during my “cancer” year (2004/2005) and then filed it away. An integral part of my therapy, writing that novel helped me survive and thrive during the most challenging season of my life. It was now time to edit and polish the manuscript.

While querying, I wrote the first draft of Between Land and Sea (a paranormal romance about a middle-aged ex-mermaid) in three months and then spent a year editing and polishing. I was thrilled when Senior Editor Debby Gilbert of Soul Mate Publishing offered me a contract in 2013.

A year later, Editor Johanna Melaragno of The Wild Rose Press picked up A Season for Killing Blondes, Book 1 of the Gilda Greco Mystery Series. The novel was released in June 2015.

In August 2015, Soul Mate Publishing released The Coming of Arabella, the second book in the Mediterranean trilogy.

Too Many Women in the Room, Book 2 of the Gilda Greco Mystery Series, will be released by the Wild Rose Press in the spring of 2017.

Q: What advice would you give an aspiring author?

A: Experiment until you find your own unique voice and a warm, supportive environment where your words can flow freely. Sign up for creative writing courses—online or offline—that expose you to short stories, children’s and adult writing, creative nonfiction, and poetry. And, most important of all, enjoy the journey.

Q: Tell us about your latest release.

A: On the cusp of my fiftieth birthday, I was diagnosed with inflammatory breast cancer and forced to take a leave of absence. While undergoing chemotherapy, I searched for light and entertaining novels that would provide a healthy diversion. I was grateful for the bags of books dropped off by friends but couldn’t get into any of the storylines. I found the spiritual books too intense and the comedic books unsatisfying.

Instead, I gravitated toward cozies, those delightful murder mysteries that include a bloodless crime and contain little violence, sex, or coarse language. I was familiar with Agatha Christie’s novels and pleasantly surprised to discover more authors in the genre, among them Susan Wittig Albert, MC Beaton, Mary Jane Maffini, and Denise Swanson. I read voraciously, often finishing a cozy in one or two sittings.

Toward the end of treatments, I decided to experiment with the genre and considered the following scenario: What if a woman wins a major lottery, returns to her hometown, and then finds herself embroiled in a murder investigation involving four blondes? Can she prove her innocence and solve this case before it’s too late?

Hours before the opening of her career counseling practice, Gilda Greco discovers the dead body of golden girl Carrie Ann Godfrey, neatly arranged in the dumpster outside her office. Gilda’s life and budding career are stalled as Detective Carlo Fantin, her former high school crush, conducts the investigation.

When three more dead blondes turn up all brutally strangled and deposited near Gilda’s favorite haunts, she is pegged as a prime suspect for the murders. Frustrated by Carlo’s chilly detective persona and the mean girl antics of Carrie Ann’s meddling relatives, Gilda decides to launch her own investigation. She discovers a gaggle of suspects, among them a yoga instructor in need of anger management training, a lecherous photographer, and fourteen ex-boyfriends. As the puzzle pieces fall into place, shocking revelations emerge, forcing Gilda to confront the envy and deceit she has long overlooked.

Carlo had removed his suit jacket and rolled up the sleeves of his light blue dress shirt. His tie lay on the desk. The rumpled look suited him to a tee. And his large black-rimmed glasses accentuated those unforgettable blue eyes. Bluer than blue. Sky blue. Cornflower blue. Robin’s egg blue. Years ago, Adele Martino and I had come up with thirty-seven descriptions of Carlo Fantin’s eyes when Mrs. Gillespie assigned one of her Monday morning English composition exercises. As I tried to recall the other thirty-three, I realized that Carlo was speaking to me.

Darn! Another officer in the room, and I had missed his name and more importantly, his title. Was he a detective or a constable? I’m sure Sofia would know. In the meantime, I better stop daydreaming and start listening. I nodded in the direction of the beefy officer. Dark hair. Dark eyes. Expertly trimmed moustache. A big bear of a man who reminded me of Magnum P.I.

Carlo cleared his throat. He was ready to get down to business. Police business. “It appears that Carrie Ann was your first client. You haven’t opened this office for business yet. How did that happen?”

My heart raced as I spoke. “After Sofia and my mother left…I’m not certain about the time…um…I…I heard a knock at the front window. I looked up and saw Carrie Ann. Hadn’t seen her in ages.” I paused and then added, “Still wearing the same pageboy hair style and that blonde color—”

Carlo waved his hand. “Stick to the facts, please.”

I felt myself reddening as those piercing blue eyes bored right through me. “Oh, sorry. Um, I let Carrie Ann in.”

“And?” Carlo said when I hesitated.

I shrugged. “We just talked for a while, then, uh…” I closed my eyes and tried to recall the conversation. But nothing concrete came to mind, only Carrie Ann’s infectious laugh and bubbly compliments about the decorating scheme. When I opened my eyes, the other officer offered me a water bottle. I thanked him and gulped down half the contents.

“You scheduled her for a session tomorrow morning,” Carlo said as he held up my appointment book. “Carrie Ann is…was considered one of the best interior designers in town. Why would she need counseling from you?” His dark brows drew together in a suspicious frown. “Were you planning to tell her to give it up?”

Where to find Joanne…

Posted by Rachel Sharpe on September 22, 2016 in Spotlight On

8 responses to “Spotlight On…Joanne Guidoccio’s A Season for Killing Blondes!”