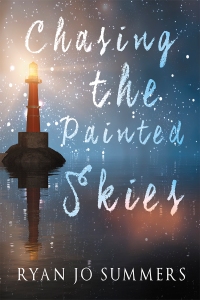 Q: How long have you been writing?
A: Since I was ten years old. Since then, I always wanted to write stories and poems. It wasn’t until my late teens/ early twenties I figured out people could do this for publication. So that become my new quest. In the mid 2000’s I started having magazine articles and essay pieces published in various periodicals. In 2012 I sold my first novel.

Q: Tell us about your road to publication.
A: Lots and lots of rejection slips. Enough to paper multiple walls in any standard house. I just kept re-writing and re-submitting over and over, with sometimes years between various projects, but always working on something.I had so much to learn when I first started out. And still do. The magazines and trade journals gave me by-lines and built my portfolio. Credibility and honing of the writing skills. Rough drafts consigned to drawers gave me patience and more skill building. Reading books and magazines on the writing craft gave me the education. And the resources. Time gave me the maturity to decide how bad did I really want this author thing. Peers now give me incentive and perspective. Each new book gives me more experience.

Q: What advise would you give an aspiring author?
A: All of the above. And the one thing I wish I had done earlier, align yourself with the other authors in your publishing house. I did not with the first one and wonder what opportunities I missed out on. Working with the SMP authors has been a blessing, and a way to share my blessings with others. Join critique groups, writing groups, in person or on line or both. Don’t, repeat, don’t put yourself in a bubble. Have beta readers, honest beta readers.

Q: Tell us about your latest release.
A: It’s called Chasing the Painted Skies. In 1989 I discovered a photo in a calendar that captivated me. Just a nature shot of a tree over a lake’s rocky outcropping, wrapped in fog. But I loved it. I still have it today, matted and framed in my hallway. Now, I wrote the original storyline for this book in the 1990’s, spurred from the emotions evoked from that photo. It had none of the extra subplots it has today, it was very plain jane. In 2004, I ended up moving from my Great Lake home region to the mountains I now call home, but I still miss the water. So about two years ago, I decided to rewrite the book, to feed my homesick yearnings. Seeing a plumber’s van at a stop light one day gave me the treasure idea so the heroine’s last name was changed to reflect that. Other elements were added as subplots and the story grew in scope. All from that one photo in 1989 and my homesickness.
.
Title: Chasing the Painted Skies

Raven Koynes is a woman in hiding. Years ago she escaped to remote Gull Island Light Station, nestled far away in Lake Superior. She has carved out a life of peace and solitude for herself. Until famed nature photographer Sebastian Knight arrives–in the height of a nor’easter storm–to document the beauty of Gull Island. Unsavory treasure hunters also blow in with the storm, determined to find missing cargo from a sunken ship. And they are positive Raven knows where it’s stashed. A power outage from the storm traps everyone at her keeper’s cottage, fellow prisoners of the storm.

Between her attraction to handsome Sebastian and the unwelcome advances and threats of the hunters, Raven is pushed to her limit. Help arrives in the form of a stray German Shepherd Dog, who takes an immediate protective interest in Raven. He becomes her constant shadow and listening ear as she sorts out her growing–and conflicting–feelings for Sebastian.

Meanwhile, Sebastian came to the island looking for treasure as well, in the form of photographs. While he isn’t so sure about missing cargo, he only needs to look at Raven Koynes to know he’s found his own valuable treasure. One he hopes he can hang on to if she learns about his mysterious secret.

Now that Madeline the resident ghost has found out, it’s probably just a matter of time until Raven does too. And with the storm and power outage, no one is going anywhere any time soon.

The music, drifting softly on the evening breezes, stopped her. Following the sound, she spotted Sebastian already in the gazebo, bathed in twilight and a glow from the oil lantern in front of him. He looked the picture of concentration in the shadow of the light. He wore a golden saxophone around his neck, his fingers moving lightly over the keys. The sound hypnotized Raven. Leaning against the porch railing, fingers cradling the mug, she watched and listened.

He played a few chords, stopping and scribbling in a black notebook with a stubby pencil, only to resume the music again. The sax glinted off the lanterns light. Rich and wonderful, soulful and almost haunting, the music held her.

She watched Sebastian’s fingers as they confidently over the instrument, like a familiar friend. She could imagine those long fingers moving over her skin. Heat grew inside her, rolling over her in waves.

Time ceased. Fragment by fragment, she felt the cold, hard pieces inside her melting away, yielding. She had vowed to never fall for another man, to never love again. To refrain from becoming involved or to trust. But Sebastian Knight’s lilting strands artfully and slowly slipped loose the knots of her heart, making her lose sight of those important vows.

If she were smart, she would leave now. Just stop listening, quit watching his face in the twilight’s glow and walk away. Better yet, run away. Go anywhere. Someplace she could not hear or see him.

So why couldn’t she? Why did the silky strands of his music hold her heart captive? She’d never particularly cared for sax music or any music before. Most of it was okay, but she preferred silence. Why did this beautiful and poignant sound draw her in? Why did it untie those knots of resolution in her heart and mind? How did he awake a desire within her that she thought was forever gone?

Trembling, she forced herself to move. Slowly backing up she returned to the house, leaving the mug on the counter and going upstairs to the balcony of her room. Sitting alone in the deepening twilight, she bowed her head, letting the tears fall.

Ryan Jo Summers is a North Carolina author who specializes in writing romances with a twist. Love stories blended with inspirational, paranormal, suspense or time travel–or several at once. She also writes non-fiction for regional periodicals. Ryan’s dad is a songwriter and his aunt wrote poetry so she claims she came by her writing skill honestly. Apparently it’s in the genes.

Her hobbies include bird-watching, houseplants, poetry and yard work. She loves to gather with friends, hike in the forest with her dog, paint ceramics and canvas and work on wiggly word find puzzles. She lives in a 1920 cottage with a menagerie of pets. Living in the mountains, she dreams of the shore and frequently uses the water as scenes for her stories.
More about Ryan Jo can be discovered at her website, Home or her blog http://summersrye.wordpress.com
http://www.ryanjosummers.com

Posted by Rachel Sharpe on November 11, 2015 in Spotlight On